Madeira is on the African plate and was created by a hot spot. The island itself is only the top quarter of a volcanic system. The cliffs drop below the water surface up to 4,000 m to the seabed. 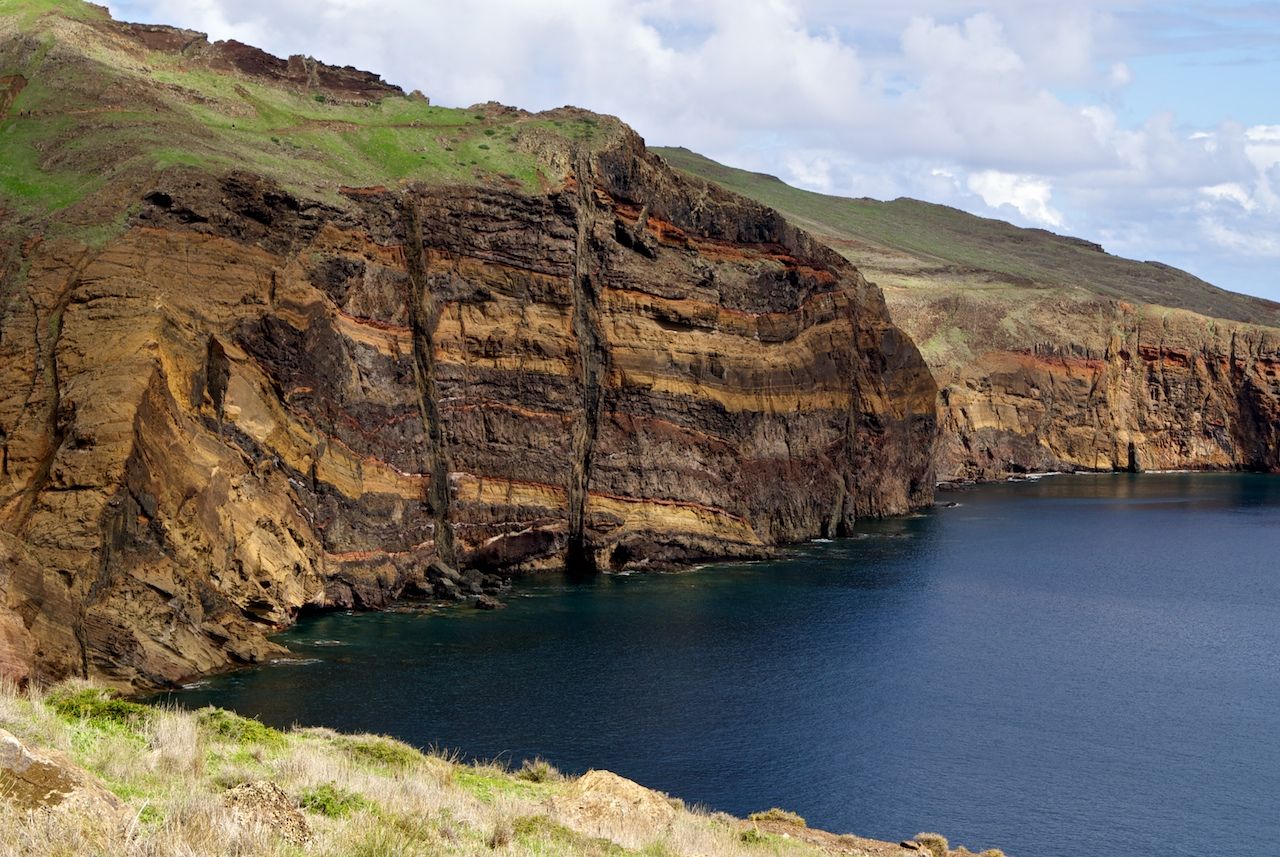 Since Madeira was formed in several volcanic phases, the first began about 18 million years ago, the last ended only about 6,450 years ago, the exact location of each crater is no longer discernible. Remains can be seen in many places in the interior of the island. Impressive are the former sluices of the volcanoes, which unlike the surrounding rock have not yet been eroded by the erosion. In some places in the high mountains you can also see striking mountain tops or rocky cliffs.

The lava cave Grutas de São Vicente was created during this last phase of volcanic activity. A tubular cavity remained as the effluent lava cooled and solidified on the surface. Below the surface, the lava flowed through this tube at a high temperature and high flow rate.

The rivers of the island usually have a very steep gradient. Numerous waterfalls lead directly to the sea. 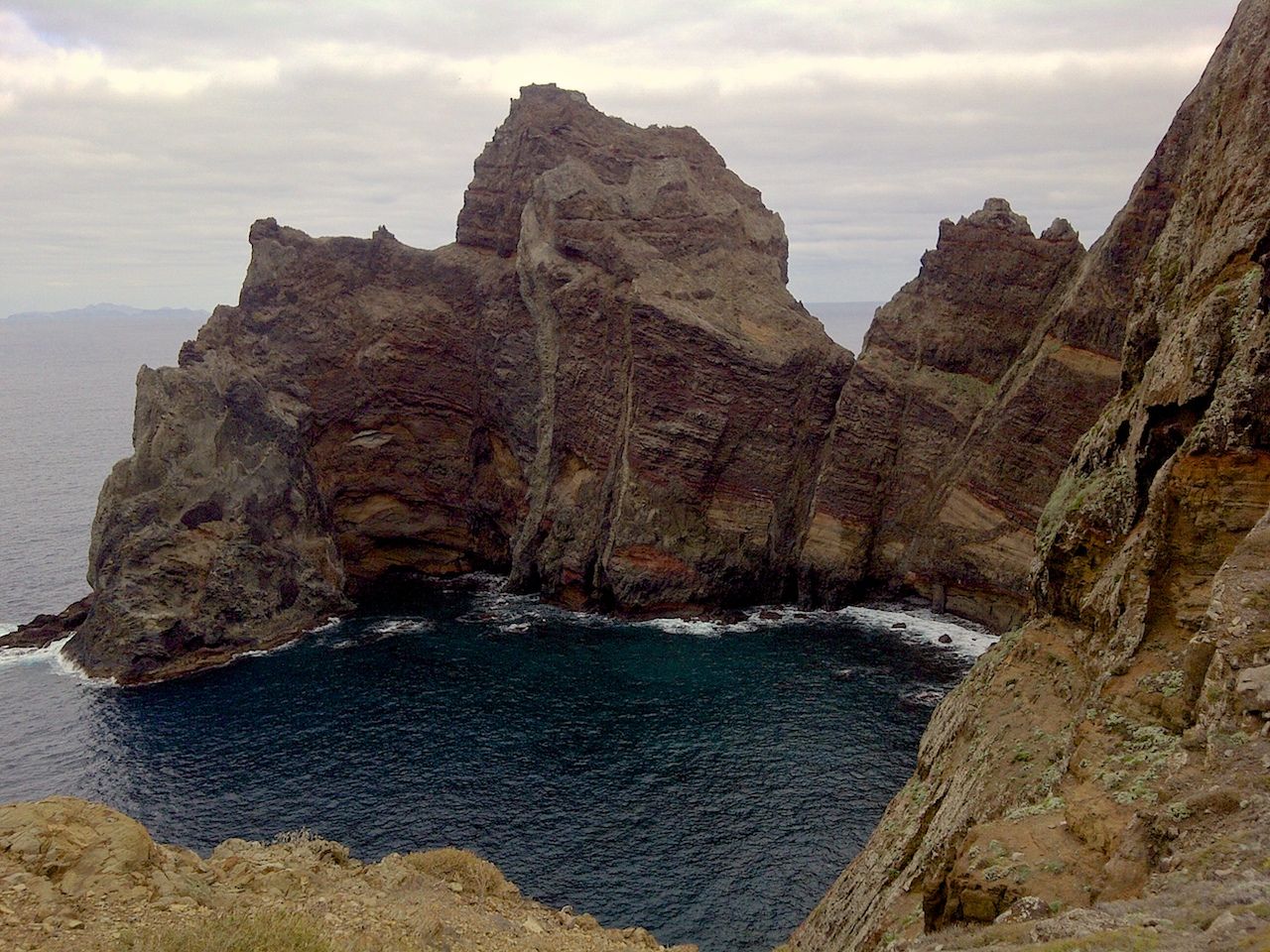 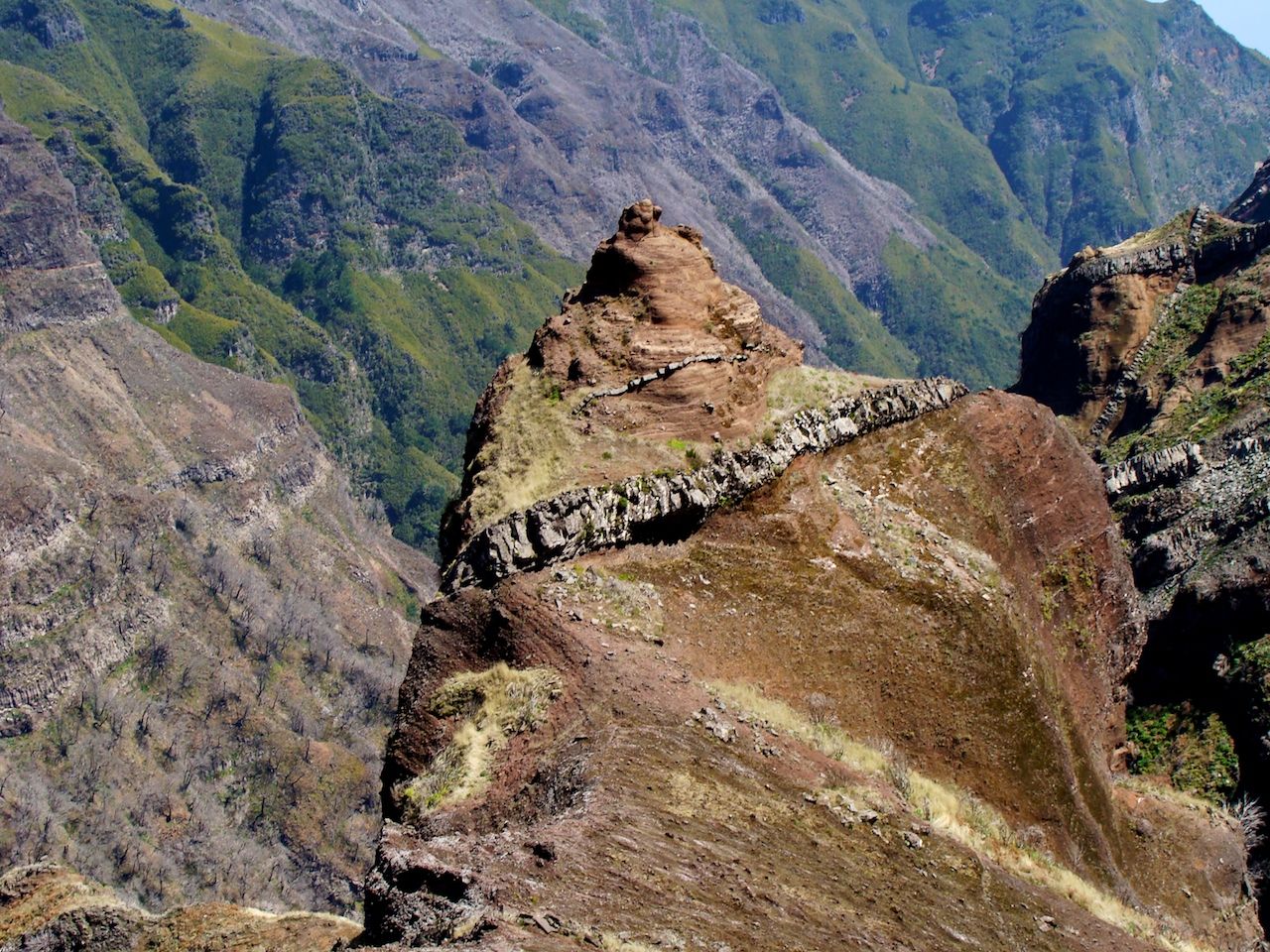 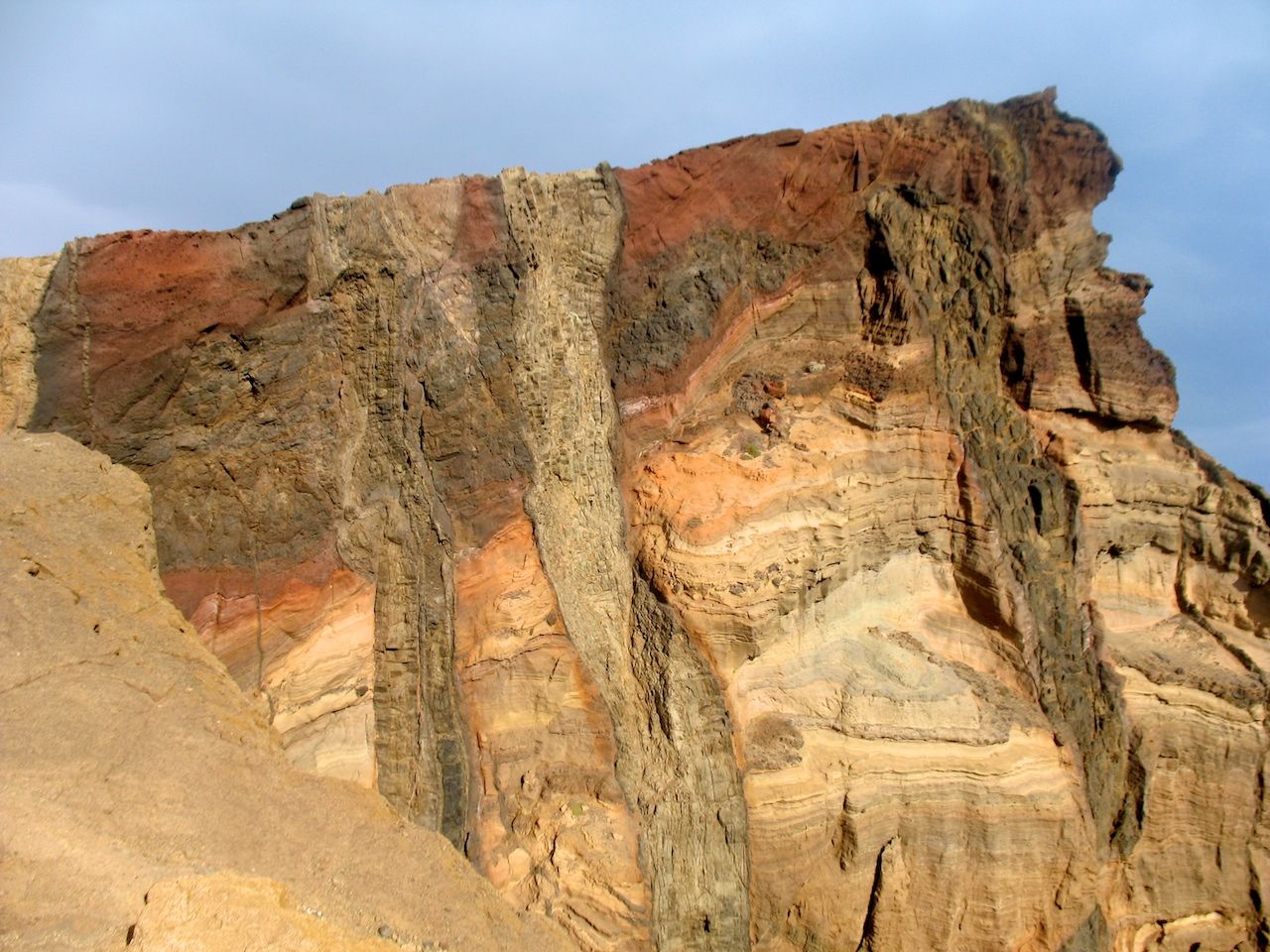 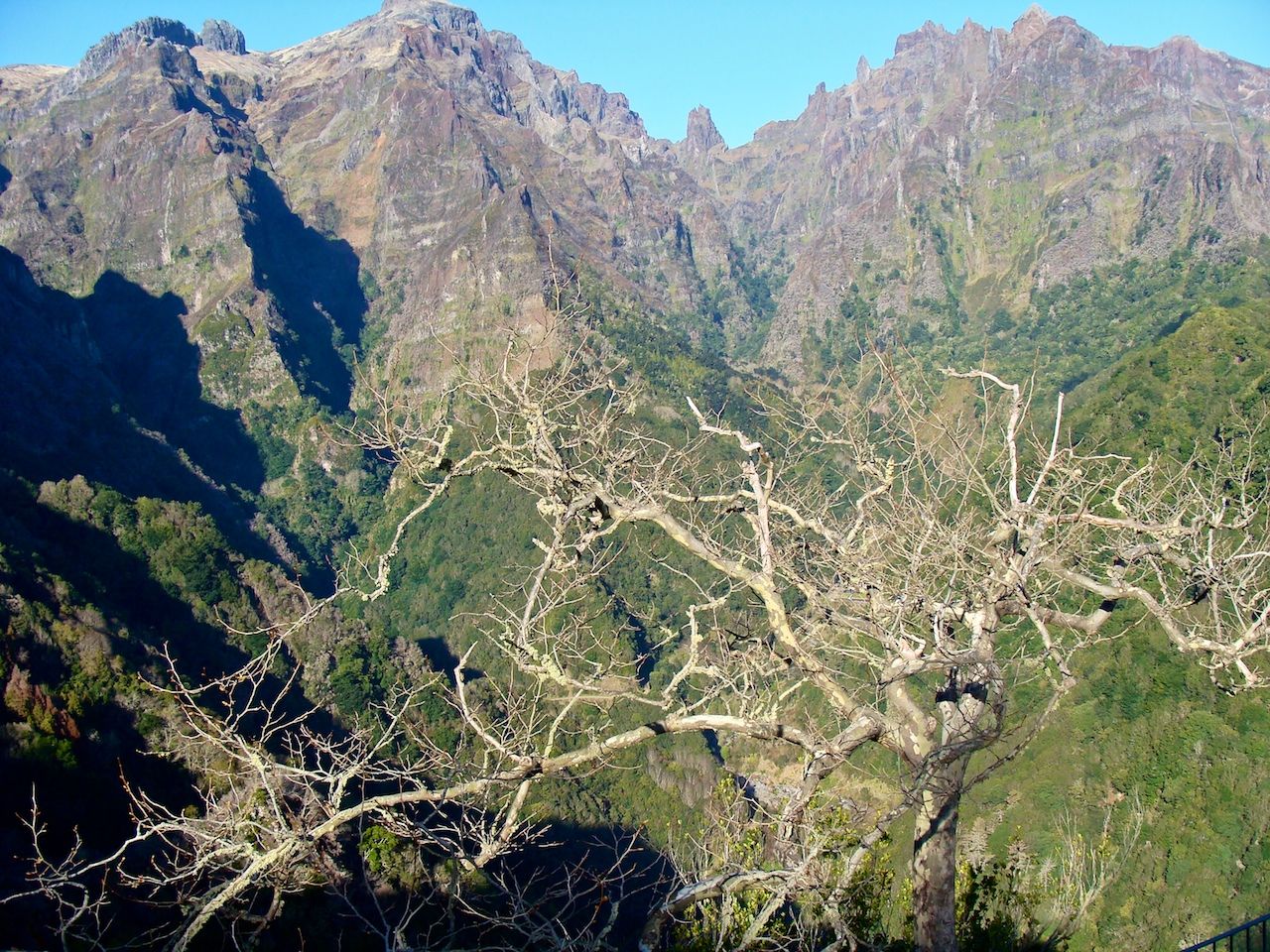 The Pico Ruivo is with 1862 m the highest peak of Madeira and at the same time one of the highest peaks of Portugal. The coast of Madeira is steep and rocky. Cabo Girão, the "Cape of Inversion", is the highest cliff in Europe with a height of 580m. Fajã was the name of the hard-to-reach fertile headlands, which served as arable land as well as the small fertile high plateaus, the Achadas.

This small, romantic village, located about 6 km from the city center in the hills of Funchal, was once the in-resort for Europe's 'high society'. One of its most famous attractions was a cogwheel railway that once connected Monte with Funchal. Remains of this railway, especially the old railway station at the foot of the mountain, can still be seen today. 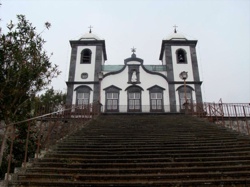 Karl I, the last Austrian emperor, found exile on the island of Madeira after he was deposed during the First World War. He and his family found their new home in Quinta do Monte, but only six months later, the ex-emperor died of pneumonia. His grave can be found in the famous pilgrimage church 'Nossa Senhora do Monte', which can be reached by an impressive staircase with 68 steps.

One of the most traditional festivals, and certainly the largest church festival in Madeira, is the folk festival on the day of the 'Assumption of Mary', which always begins on the eve of the 15th of August. An incredible number of locals attend a procession in honor of the Virgin Mary every year.